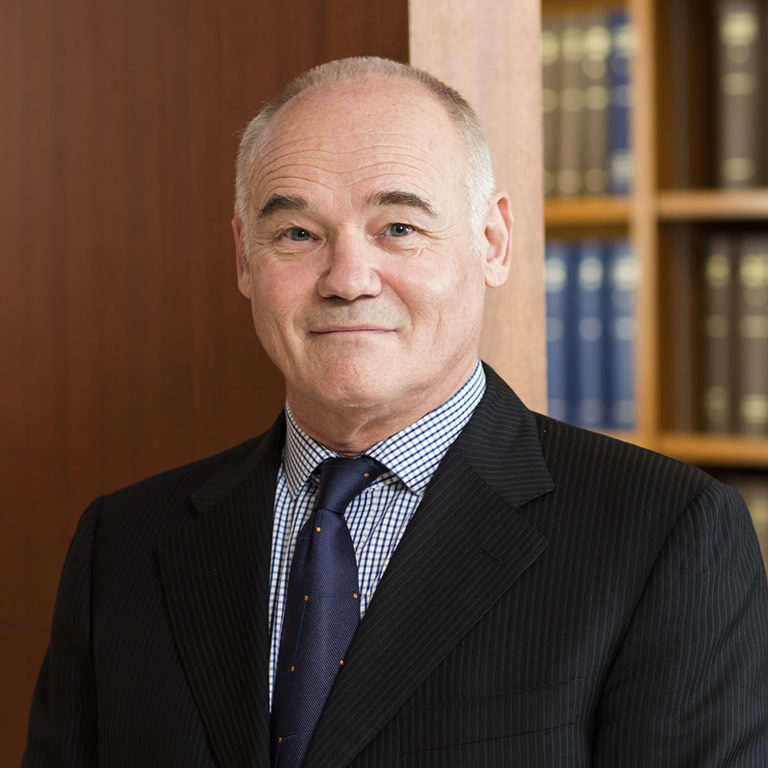 Nigel was called to the English Bar in 1977. He has practised in Hong Kong since 1983, firstly with the Hong Kong Government and in private practice since 1988. He is also admitted to the Bar in New York (1984).

Prior to taking Silk in 2015, Nigel was consistently ranked by Chambers and Partners as a “Leading Junior” in Hong Kong. Since taking Silk, Chambers Asia-Pacific Guide reports that he combines being a “good strategist and advocate” with a “direct and no-nonsense approach”.

Nigel has a broad practice across a range of High Court civil and commercial litigation, including insurance, international trade and domestic contracts. He advises and appears in L/C disputes, and successfully defended the UCP 600 in Swiss Singapore v China Citic Bank CACV197/2013, [2016] 2 HKLRD 1125 and in FAMV 50/2014. He recently established economic (commercial) duress by a major international investment bank on a small counterparty in connection with a substantial placement of listed shares in a falling market: Liming Capital v CLSA Limited HCA 2055 of 2008 [2018] HKCFI 6. He advises the Solicitors’ Indemnity Fund and its insurers. He has also dealt with contested liquidations and directors’ liability, including Akai Holdings v. Everwin Dynasty et al. HCCL 42 of 2005 (2016).

Nigel has an outstanding administrative law and judicial review practice. He advises and appears for applicants from developers and ride-hailing operators to NGOs, including Designing Hong Kong and the Friends of Hoi Ha, activists and the indigent at all levels up to and including the Court of Final Appeal.

Nigel has been an arbitrator for many years and has conducted references and appeared as counsel in international commercial arbitration held under a variety of rules, including ad hoc, UNCITRAL, ICC and HKIAC. He became a Fellow of the Chartered Institute of Arbitrators (FCIArb) in 1992, a Chartered Arbitrator in 2007 and an adjudicator in 2008. He is on the panel of arbitrators of the HKIAC, CI Arb, ICC HK, HKInstArb and APRAG. Recent party-appointed arbitrator appointments include multimillion US$ claims by a venture capital investor and by a Belgian adhesives manufacturer against PRC companies and individuals. As counsel, his recent appointments include the representation of an Israeli distributor in the arbitration of its claims against a very large PRC air-conditioning manufacturer.

In the specialist field of rating, valuation and compensation, he has advised the major developers and utilities including CLP, and appeared in the Lands Tribunal, Court of Appeal and the Court of Final Appeal. His expertise in business valuation, including by various equity and DCF methods, was developed in those cases and is now principally deployed in shareholder disputes.

Nigel was accredited as a mediator by CEDR in 2009 and is now an experienced mediator, including with the CEDR Practice Group. He specialises in the mediation of commercial disputes between investors.

The Hong Kong Bar Association has appointed him to chair its Disciplinary Tribunal. He was a founding member of the Advocacy Training Council of Hong Kong. He regularly teaches and examines advocacy at all levels for the Bar and the ATC in Hong Kong and overseas. He has taught at Keble. He has also served as a member of the Inland Revenue Board of Review.