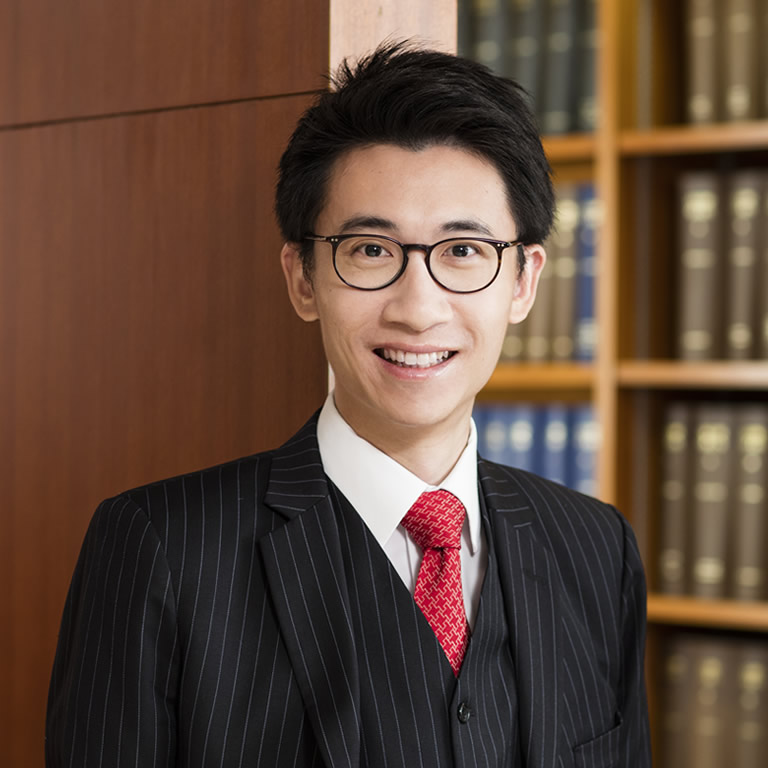 “Benson Tsoi of Parkside Chambers receives extensive praise for his diligence and is singled out by one source as “one of the most popular juniors at the white-collar criminal Bar.” Active in all areas of the criminal law discipline, he is particularly well known for his defence of organised and white-collar crime. He handles proceedings at both trial and appellate levels, and continues to grow his reputation as a highly active and well-respected courtroom practitioner, having recently handled several high-profile money laundering and fraud cases.”

“He is the most outstanding junior practising in white collar crime in Hong Kong: highly intelligent, with great judgement and is able to deliver submissions that are lucid and compelling.”; “Benson Tsoi is one of the most in-demand juniors – he represented a former Reed Smith Richards Butler and Howse Williams partner who was acquitted of perverting the course of justice.”

“Benson Tsoi of Parkside Chambers is identified as an “exceptionally hard-working junior counsel” by one source, while another goes further, characterising him as “the most sought-after star at the junior end of the white-collar crime sphere and a man of outstanding ability.” A third contributor, speaking of his advocacy style, speaks of “a very light approach which masks real industry and knowledge.” His practice covers the full range of criminal matters, focusing principally on white-collar and organised crime, and he is particularly experienced in the handling of criminal cases with a cross-jurisdictional element.”

“Benson Tsoi of Parkside Chambers focuses his practice almost exclusively on white-collar crime matters, being particularly active where corruption, fraud and money laundering issues are concerned. Notable for the keenness with which solicitors’ firms seek to instruct him, he is identified by one interviewee as “the junior of choice in commercial crime matters,” the same source going on to observe that “he works extremely hard, is extremely articulate and knows the area better than anyone.” He acted as one of the counsel representing a client facing, in highly complex retrial proceedings, 17 counts of money laundering, the client being acquitted on all counts.”

“Benson Tsoi of Parkside Chambers stands out, in the opinion of his peers, as an “extremely able” junior and potential star of the future, interviewees describing him as “a creative thinker who can distinguish killer points from unarguable ones” and as someone “senior counsel fight to get on their side.” Practising almost exclusively in the white-collar crime sphere and particularly prominent in fraud and money laundering cases, he was a member of the team that represented billionaire Thomas Kwok in Court of Final Appeal proceedings concerning his earlier conviction for corruption.”

“Sources identify Benson Tsoi of Parkside Chambers as a leading junior barrister reporting: “He’s very successful and deservedly so; his written work is without parallel.” Commentators also testify extensively to his impressive work ethic, one observing: “He really does put his back into it.” His practice encompasses a comprehensive range of bribery and corruption, fraud and insider-dealing issues.”

“Benson Tsoi of Parkside Chambers is singled out for his adroit handling of diverse white-collar crime cases, including those with a cross-border element. His specialisms range from fraud and money laundering to bribery and corruption, and commentators observe that “he is hard-working and one of the top junior counsel in town”.”

Listed in the “Pre-eminent” category for Junior Counsel.

Listed in the “Pre-eminent” category for Junior Counsel.

Benson was called to the Bar in the UK in 2005 (Lincoln’s Inn) and in Hong Kong in 2007. He practises in all areas of criminal law both at trial and appellate levels, with an emphasis on white collar and organised crime (often with a cross-border or international element).  He has been ranked by various legal directories including in Chambers & Partners for White Collar Crime, in Legal 500 for Leading Juniors in White Collar Crime, in Doyles Guide for Leading Criminal Law Barristers, in Who’s Who Legal for Business Crime Defence and in Expert Guides for White Collar Crime.

He is a contributing editor of Archbold Hong Kong and an advocacy trainer for the HK Bar Association. He was also a part-time lecturer at the University of Hong Kong on criminal procedure and was a member of the HK Bar’s Criminal Law & Procedure Committee.  His practice areas include:-

and related matters including:

Regulatory Law and Others